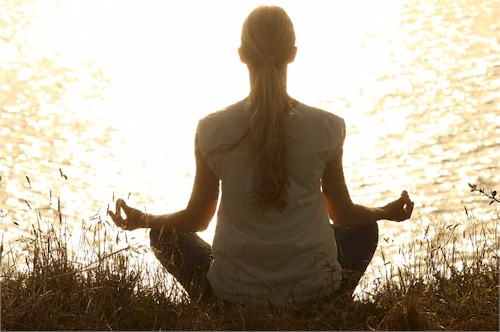 She made a video post I wrote a REPLY to.

I shared a link to my reply blog post in her COMMENTS thread.

I did so with the BEST intentions.

I hoped she would see her eastern concept of FLOW wasn’t all it’s cracked up to be and if you watch her video you’ll see she even INVITED her viewers to give her their thoughts.

But as I’ve mentioned BEFORE?

At least not unless you already AGREE with them.

Want you to PAT them on the back.

They don’t take kindly to any form of genuine ANALYSIS.

Instead if you ask any questions about their beliefs AT ALL, they take that as a sign to run and hide until the “negative energy” GOES AWAY.

She didn’t plan on PUSHING THROUGH this experience either.

Just as she MENTIONS in her video?

She chose to not interact with me since the experience wasn’t FLOWING.

I guess she thought my line of questioning was EXTERNAL RESISTANCE and took that as her cue that engaging in further conversation just WASN’T the way to go.

Of course I suspect she faced a bit of INTERNAL resistance too.

Resistance to actually THINKING about what I was saying.

Considering she could be WRONG.

Of responding in some INTELLIGENT way.

If she took her own ADVICE about that?

She would have FACED that resistance.

Pushed through and ENGAGED so she could grow to a DEEPER level.

That’s ANOTHER challenge to her original thesis.

Be that as it may, in this case she chose the LATTER.

She wrote to me PRIVATELY.

Telling me why she would be UNFRIENDING me on Facebook.

WHY was she doing so?

She didn’t feel a “clean energy” between us and apparently NEVER really had. In fact, none of her friends really ever had either.

She feels I should just TAKE WHAT I CAN from her content.

Don’t comment if there is anything I DISAGREE with.

So much for INVITING your thoughts!

But as she said to me,

“My posts are not a space for you to link to your website or indirectly promote your own articles and services.”

She thinks this is “doing it wrong.”

It is “outdated” and is the worst way to “get my name out there.”

It feels “gross” to others on the internet.

Even when I joke or try to be supportive?

Something still “feels off.”

The rest of the time?

Our interactions just “feel like a debate or challenge.”

I found this last statement amusing because this is the only time I’ve EVER taken exception to her thoughts or anything she has EVER presented.

The FIRST time I offer a contrary view?

She turns her tail and RUNS.

And the reason as always with eastern thinkers is OBVIOUS.

Notice how many times she said energy and FEELING?

That is the BOTTOM LINE with eastern believers.

They have ZERO desire for TRUTH.

They only desire whatever makes them FEEL GOOD.

“Their truth,” as they call it.

If something presents a genuine CHALLENGE or throws their beliefs into question? OF COURSE it isn’t going to FEEL nice.

Fill their comment thread up with SIMPLISTIC responses though?

THIS is what your want for responses?

I can understand why you think I’m seeking DEBATE then. All I did was think about what you actually said and then told you why it didn’t really make SENSE to me.

I wasn’t RUDE or CRITICAL.

I just addressed the IDEAS.

Seeking to CENSOR how people comment is simply unproductive.

What are you AFRAID of?

As far as the claim that “people on the Internet” find the type of linking and commenting I do problematic, my experience has been quite the opposite.

I actually have people send ME friend requests.

They SHARE them out to their friends as well.

They don’t perceive me as PROMOTING my website or services.

If someone likes what I think, why SHOULDN’T they have the opportunity to read more of what I’m putting out there?

Again, what are you AFRAID of?

It SADDENS me whenever I get this type of feedback.

Especially from a person seeking to INFLUENCE others.

It perpetuates the OSTRICH with its head in the sand phenomenon.

It never looks GOOD on you either.

Do you delete people’s comments and try to prevent them from having their SAY? All you’re telling your readers is you really aren’t that CONFIDENT in what you’re sharing.

You don’t think it can stand the test of SCRUTINY.

I always INVITE critique so I can see how what I think HOLDS UP.

If there’s something I need to LEARN?

That’s a key way that I can GROW.

Telling me my thoughts or actions FEEL OFF really doesn’t HELP me.

If I’m saying something that doesn’t make SENSE?

ENGAGE me and tell me WHY.

What do you think? Do you feel a need to PROTECT yourself from “negative energy” or are you open minded enough to engage with those who DISAGREE with you?

Don’t Just Go With The Flow