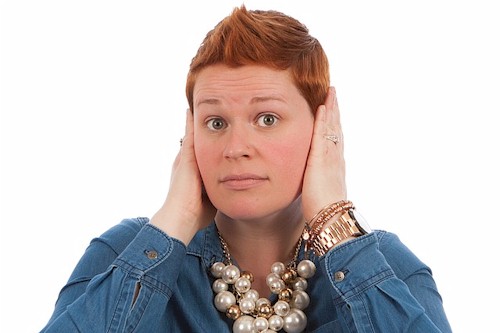 As I mentioned in my last post, Christians are well known for doing their best imitation of an ostrich with it’s head in the sand.

We’re not well know for being rational about our faith.

Which leads to dogmatism.

We don’t have to learn about other positions, because we already know we’re right.

But Christians are not the only ones who are guilty of this kind of intellectual self-insulation.

A few years ago I moved to Vancouver, right into Canada’s heartland of eastern spirituality.

Even girls on dating sites here say they are, “Spiritual but not religious.”

That is code for “Law of Attraction believing, 21st century yoga girl.”

I’ve also had some great opportunities to interact with eastern thinking people, through an alumni group I’m a part of from Steve Pavlina’s Conscious Life Workshop.

Even though dogmatic Christians are known to hide inside their beliefs, eastern believers are much more self insulating yet.

No, they don’t hide inside dogmatism.

Instead they hide behind relativism.

This showed itself in my initial expose of the eastern idea that you “choose” your beliefs without evidence.

The idea there was that you only accumulate evidence after you’ve decided what you want to believe.

Normally this kind of “leap of faith” belief system would be problematic. If you don’t need evidence for your beliefs, why pick one belief system over another?

Why the Christian leap?

Why the Law of Attraction leap?

Why not the Buddhist leap or the Muslim leap?

But in the case of eastern thought this isn’t really a problem.

Because nobody is actually claiming they can know anything is true.

Like post-modernism, eastern thought accepts that truth with a capital T is from a by gone day.

It sees all belief as perspectival.

I see things from my perspective.

You see things from your prespective.

I have “my truth” and you have “your truth.”

Neither you or I can arrive at real truth, “true truth” as Francis Schaeffer called it.

This is why you have to choose your beliefs.

Eastern thought says all perspectives are equally valid, so there is no reason to try to convince each other we’re “right” or “wrong.”

This is more self-insulating than any Christian dogmatism ever was!

In denying there is any such thing as truth, eastern thought dismisses out of hand the validity of any critique, or examination of its claims.

It also insists that it is inappropriate even to attempt to compare it with other viewpoints, especially viewpoints that insist they are truth with a capital T.

Those claims must be mistaken, since we cannot arrive at an absolute perspective.

Of course, the inappropriateness of such a critique is only correct, if what eastern thought is saying is actually true.

Not just true from a particular perspective, but true with a capital T.

Eastern thought insists it cannot arrive at truth with a capital T.

Yet without this ability, it cannot know that arriving at truth is impossible.

In fact, to claim that it is impossible is to contradict that very claim.

Of course this is the case with all forms of relativism, whether of the post-modernist or the eastern variety.

Like post-modernist skepticism before it, eastern thought’s claim we cannot arrive at knowledge is itself a knowledge claim.

Saying, “We cannot know truth with a capital T,” is a capital T truth claim about the impossibility of doing so.

Eastern thought, like all relativistic thought, collapses in on itself by contradicting its own claims about itself.

Its attempt to insulate itself from confrontation with alternative viewpoints is as misguided as the Christian dogmatism it correctly rejects.

It cannot avoid the requirement to make its case simply by assuming itself correct in its claims.

And since what it actually claims is a self-contradiction, that doesn’t bode well for its prospects.

How I Became A Reformed Christian Agnostic