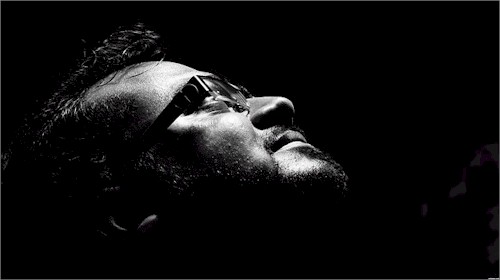 I’ve had some interesting discussions this year with friends I met at the Conscious Life Workshop hosted by Steve Pavlina last October in Las Vegas.

I’m a bit of a fish out of water in this group, since I’m a Christian and most of my new friends lean more toward concepts like the Law of Attraction, channeling, and other eastern influenced New Age ideas.

But I enjoy my interactions with this group very much. They are interesting people who are genuinely seeking to grow personally and develop lifestyles that are worthwhile and contributing in a positive way.

One of our discussions has pivoted around the question of belief and how we come by it.

Having thought long and hard about this subject through the years, I have come to the understanding that belief is based on evidence.

Naturally many of my fellow Christians disagree and think Faith and Reason are in opposition to each other.

I wrote my article The Nature Of Faith to show why I think this is a mistake.

I shared this article with my new group of friends, when one of the participants was claiming that we choose our beliefs, effectively saying the same thing so many of my fellow Christians do.

It was interesting that after reading my article, he admitted he did not think he could simply choose to believe Christianity!

Of course this contradicted what he was claiming about the nature of belief.

One of the more astute group members who advocates this idea that belief is a voluntary choice is Darrell Womack.

He has an interesting blog called Life Ablaze and you should definitely check it out!

In a recent blog post called Belief Comes First, Womack addresses my views and says why he thinks they are mistaken.

He refers to me in the post simply as Christian, because our discussion was not yet public at the time he published this post.

Obviously in responding publicly like I have here, I welcome him to refer to me by name and even modify that blog post to do so if he wishes!

As I read Womack’s blog post I found myself in agreement with a lot of points, though some of them I would likely need clarification to be sure.

For purposes of our central disagreement, I think the key question between us is this: How do we come to believe something we currently do not?

As Womack points out, once we believe something, we tend to collect and provide lots of supporting evidence for it.

But he thinks we only obtain that evidence after we believe, and in order to support a belief we have already previously chosen.

But saying this doesn’t make it so.

And it flies in the face of what we each experience when we are considering any new belief.

We want to know why we should believe. We don’t just say to ourselves, “Hmmm. Do I feel like believing that today?”

When any of us assess a knowledge claim, what we do is ask what evidence supports it.

The weighing and deliberation of evidences is what makes changing beliefs so hard.

We consider a lot of claims and counter claims, before finally becoming convinced one way or the other.

And because evidence is never black and white, often belief remains tenative until we can accumulate more evidence in its favor.

And sometimes further evidence gathering actually forces us to reverse our belief, because new evidence contradicts it.

Never is our belief simply a voluntary choice, uninfluenced by any evidence at all.

I suggested to my friends in this discussion group that this is the case even for new believers in the Law of Attraction.

Someone who does not believe in this law first encounters people living by it.

When they see the effects it is having in these other people’s lives, they “begin to believe” as well, because of this evidence.

Such belief is tenatitive at first.

But it increases over time, as personal experience adds to the evidence first found in the experiences of others.

This is how all spiritual growth takes place.

He says “beginners” in this context are already functioning from a new belief.

While they used to disbelieve in the Law of Attraction, now they at least believe it is possible.

But what caused them to have this new belief?

Did they just suddenly choose to believe that the Law of Attraction is possible, with nothing at all persuading them away from their existing disbelief at that moment?

Strange coincidence that they made this “choice,” right after the new evidence presented to them from the lives of Law of Attraction advocates came into their awareness.

Of course what really happened is this new evidence caused them to have this new belief, that the Law Of Attraction is possible.

Womack is very aware that we won’t “just believe” him, when he tells us belief is voluntary.

Instead he proceeds (as we all know we must) to offer evidence to believe what he’s saying is true.

He turns to the story of Roger Bannister, who in 1954 did what no one else believed possible, breaking the four minute mile barrier.

Bannister did this while “no evidence” existed showing it was possible, since no one had ever done it before.

In the absence of such evidence, his belief he could do so had to be voluntary.

What else could it be?

Most of Womack’s evidence for voluntary belief pivots around the concept of possibility.

This is a tricky subject.

Does the fact no one has ever done something before, prove it is not possible?

So immediately it is not contrary to evidence to believe it could be possible, since we don’t have access to the list of actual possiblities.

Additionally each of us has lots of evidence that things people didn’t think possible in the past, have since been done.

Roger Bannister was no exception to this.

As an athlete he had plenty of evidence of people breaking such barriers, through their indomitable human spirits.

The possibility of such achievements is the driving force of the athletic endeavor.

Believing he could do so too, Bannister was not simply “choosing to believe” without evidence.

Bannister was acting on the evidence he already had from the inspiration of the athletes who came before him, that he too could overcome this latest athletic hurdle.

At least that it could be possible to do so.

What Womack’s post fails to emphasize is what happened immediately after Bannister’s achievement.

Suddenly all sorts of athletes began to break that barrier too.

It stretches credulity to suggest that at this point in history, all these other athletes happened to “choose to believe” it was possible as well, completely uninfluenced by the evidence provided by Bannister’s example.

Clearly he had shown them it was indeed possible and this caused them to believe they could too.

While I admire many of the thoughts expressed in Belief Comes First, nothing it contains convinces me that we can choose our beliefs without evidence.

But this doesn’t really surprise me.

How could an argument that uses evidence to convince us evidence is irrelevant to belief, be successful in convincing us to believe it?

If Something Feels Off That’s A Pretty Good Sign

How I Became A Reformed Christian Agnostic

The First Stirrings Of Faith